With the new condo construction for linx condominiums, they are planning a road closure for the north/south section of Stephenson Ave. at Main Street. The is taking place Monday - Saturday 7am - 4pm until mid-December. After 4pm traffic will only be allowed souhtbound only.

It will be nice when that building is up! More small businesses will benefit from the extra people in the building, and my hope is that it will beautify that corner, albeit a few years from now still.

An east-end Toronto community group has concerns about how a proposed 30-storey high-rise condo at 286 Main Street just south of Danforth could impact everything from local green space to daily commutes.

“The big concerns [are] parking, traffic, and can the TTC handle all these riders going on it, because it’s not just that development, there’s the ones that are in progress [and] the ones down the road,” said Peter Woodcock, a volunteer with the Friends of Stephenson Park community group who also works for local city councillor Mary-Margaret McMahon. “The TTC  is already crowded.”

Tribute Communities and Greybrook Realty Partners are proposing a 30-storey mixed-use tower, including 301 condo units, for the lots encompassing 286-292 Main Street. In a report, city staff have previously called the proposal “inappropriate” for the area, citing concerns with density.

Council has directed planning staff to undertake a study of the area surrounding the Main and Danforth intersection before deciding the fate of the high-rise application.

Meanwhile, the Stephenson Park group is also worried about how increased density in the immediate area might affect the park they are named after. “Our park isn’t a big park,” he explained. “If all of a sudden if you put up however many more residents and everybody starts using this one little green space you know that’s a little worrisome.”

The scale of the proposal has nonetheless generated discussion within the community, he suggested. “This is the first time anything quite as big has been proposed,” he said.

The group and others will have a chance to share such comments at a community meeting on Tuesday, Jan. 9, from 7 to 9 p.m. at Hope United Church on the northwest corner of Main Street and Danforth Avenue. Ward 32 Coun. Mary-Margaret McMahon, city staff, and the development applicant will be on hand to field questions and present information, Daniel Woolfson, a senior city planner for the Toronto and East York District, said. “We will be talking about the concerns that planning staff have,” said Woolfson. “We’ll also be introducing the concept behind the Main Street Planning Study,” he added, referring to the area study that will be completed before staff make a decision about the 286-292 Main Street application.

The specific borders of the study area will be revealed, and staff will explain why city council asked staff to move forward with the study. Already, the city is conducting the Danforth Avenue Planning Study to guide future development along the Danforth between Coxwell and Victoria Park Avenues, but that study only looks at specific properties fronting Danforth and so does not include 286-292 Main Street.

Building a community, one layer at a time: Porter

At Stephenson Park, neighbours have come together to build a community ice rink. On Sunday, they host their first skating party.

You don’t flood an ice rink. You mist one, finely.

The trick, J.P. Vernier says as we shuffle like shadows across the surface of Stephenson Park’s new rink, is shaking the hose while pointing the nozzle up.  “Never hold it down,” he instructs. “It’s simple science: water isn’t as cold as ice.”

The hose weighs heavily in my hands. The evening air snaps my cheeks. The neighbourhood ice-making crew stretches behind me like posts in an electrical line, holding up the hose so I don’t trip.  “It’s like eating a cob of corn — you go from one side to the other,” suggests Peter Woodcock over my shoulder.  Vernier and Woodcock are married. They live right across from Stephenson, a scrappy little park near Main Street and Danforth Avenue. From their porch, they’ve witnessed drug deals by the swings and an armed police takedown in the baseball diamond.  They decided to stage some interventions last summer — morning yoga sessions, a neighbours’ movie night, an opera singer accompanied by a harpist one evening in the park. What drug dealer wants Madama Butterfly as his soundtrack?  The strategy seems to be working. Good begets good, says local crime prevention officer Jon Morrice. He’s using the park as a model.

Then winter descended. The Friends of Stephenson Park’s thought process went like this: “Oh, gee. Now what do we do?” says Woodcock, 53. “We make a rink, what else!”  Neither Woodcock nor Vernier had skated in a good 30 years. They don’t have kids who skate because they don’t have kids.  So, it goes without saying, their ice rink building experience was wanting.

Together with their neighbours, they are learning on the job.  “When you connect the hose, you have to turn it really, really tight,” advises Woodcock. “Otherwise, you become an icicle.”

Community ice rinks are advertisements for how Toronto’s Parks Department should work. No complicated paperwork, no hefty insurance — all neighbours need to get the go-ahead is a team of volunteers.  Parks staff even supplies all the equipment: hoses, scrapers, shovels, pylons, flashlights, plastic gloves and a tool box.  It should be free and it is, which is fabulous but unusual in our city today.

We finish misting the rink with water.  We have to wait 30 minutes, I’m told. That’s how long it takes for the layer to freeze. And we can’t nip home to defrost, because we need to guard our work.  The clear ice is just too tempting, especially when the lights reflect off it and the night is still and you feel like you are beside a lake. “One night, 20 teens came out of nowhere, running to the rink,” says Vernier, 57.  If it’s too cold, the ice makers huddle in the park shed around some space heaters they’ve hooked up.

It’s here the team conducts its ornate ritual of putting the hoses away. Any water left inside them will quickly freeze, meaning no ice-making tomorrow. They hang them, and heat them and blow dry them with a shop vacuum, borrowed from a neighbour contractor who has since become a friend.

This is how a community is built: one misted layer at a time.

On Sunday, the icemakers are hosting their first Stephenson Park skating party. They’ve rented some lights and taken out a bonfire permit. One neighbour kicked in money for supplies, another is making cookies. There will be hot chocolate.  Will Woodcock skate?

“I went out for the first time last Saturday. My little 10-year-old neighbour joined me,” he says. They were alone on the rink. The sun was bright. He was nervous at first, but then it all came back.  “It was exciting. My heart was racing. I was laughing . . . the joy of it all.”  In other words, of course he will skate.

We are into the home stretch now as some of you may have seen.  We are a week or so out for completion of construction.

The street grinding on the south side of the Danforth just started yesterday.  They will need 2-3 days for grinding, then adjustments, then the final paving happens.

The date for the street sign re-installations is still TBD as they are looking at newly designed black poles with multiple signs on each so the street is not cluttered with different poles.

Street furniture will go back, with the addition of perhaps 5 extra benches on the strip.  This has yet to be confirmed for sure.

Bike rings will be re-installed, and again as per my last update, if you want more bike rings, each resident can apply to the city with a desired location.

The trees are all planted, and I never did get a real answer re the Norway Maples, other than those trees have done well in Toronto street plantings.  The one and only existing tree railing on the south side of Danforth just East of Woodbine is just an idea.  It will not be the final look.  This one is black, and realistically they will be looking at something that is not painted and that is not aluminium.  Paint chips off, and aluminium rusts.  The attached photo give you the idea of the patina finish that they will have.  They will still have 3 sides.  The Sedum that you see planted in that one example is also just an idea... it is often used on green roofs, and is a great ground cover, so it may be used in further plantings.  So we will just have to wait and see what they will come up with.  Of course, final dates for that installation are not confirmed.

I will continue to keep my ear to the ground and will stay in touch with the city for any new information, but the meetings are now finished for this project.

This is a great idea... a community message board for all neighbourly things.  Borrow a ladder, trade halloween costumes, or share a recipe.  Great idea!

From DECA Diaries, includes my construction update and other info...

Work has begun on the north side of the Danforth at Woodbine and will proceed East.  This section should be complete by September 25th!  They will grind and pave the road at the end of October.  The contractor is currently on site repairing road cuts, which has to be done first so the road is useable, then they grind and re-pave all at once.

Urban Forestry have begun planting new trees! They will be using three different types of species; 1) Locus: is one of the heartiest trees, salt and disease resistant, 2) Elm: using a new strain of Elm, they do well and are disease resistant, and 3) Maple – Norway, Silver and Crimson.  They will apparently plant all year round, so we should get them all in before long.

Urban Forestry will water, weed and mulch the trees. They will begin by doing this weekly or bi-weekly when the trees are first planted.

No update as to how they are going to finish the planting just yet... railings or boarders like Gerrard, so stay tuned.  Also there are a few trees still in concrete containers that have not been lowered into the ground.  The initial plan was to not have any concrete planters.  Some must remain in the concrete planters due to utilities that run underneath, but I'll know after the next Danforth Construction Liason Committee meeting.

These Pop-up shops are great, and they are slowly, one by one, improving Danforth Village.  They are beautifying the street, and providing places where the local community in Danforth Village can shop, dine, or just browse.  Either way, this is a win-win situation for the Danforth commercial strip, which will only make our Danforth Village an even better place to be.

Danforth constuction timetable is a rough guideline to the work being done on our main street.  These improvements will make the Danforth Village so much better looking.  We've needed the improvements here for a while, and It's finally happening.  The new sidewalks, more trees, and new grade level planters will make the Danforth so much prettier.  This is all wonderful for our Danforth Village neighbourhood.  Can't wait to see it when it's all done! 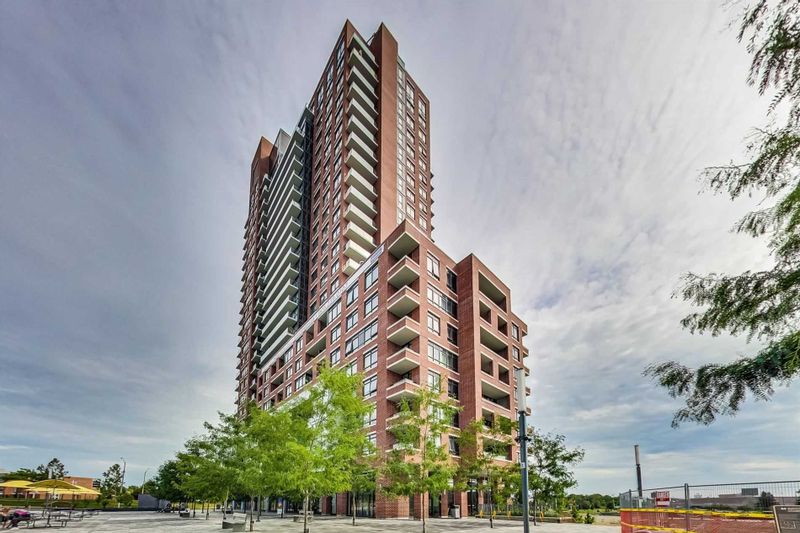 I make myself available at all times. When you are ready to see a listing in person, or just have a simple question, please don't hesitate to contact me!